Is Success The Enemy?

We all want to be successful. What success looks like is, naturally, very different to everyone. To some it will be starting a family and living within their means, for others it will be creating a multi-billion dollar company. Whatever your idea of success is, it’s completely valid – you set your own goals and your own ambitions.

However, one thing I’ve noticed in the last few years is that in business, success is an interesting concept. I’ve written before about how there are no major success stories to write home about in my local area, but on closer investigation there are some great companies who just aren’t shouting about their success. And the reason for that, is they don’t feel that they’re successful yet.

Success as a mindset is massively problematic in a business situation. I know a few business owners who consider themselves to be successful – the issue they’ll find at their own pace is that feeling successful can breed complacency. The most successful people I know don’t class themselves as successful. They look to the future of what their company could be, and are constantly driving forward to a new end goal.

So what can business owners use to drive them? I’ve recently read two books that give two different takes on it. The first, Zero to One by Peter Thiel, argues that true entrepreneurs should be driven by creating their own monopolistic situation by creating something that’s different to any potential competitors by at least a multiple of 10x differentiation. The second, Creativity, Inc. by Ed Catmull, discusses how at Pixar they’re driven by constantly creating amazing movies, along with an inherent concern that they will one day have a big flop at the box office.

Creating something important and new, and fear of major failure are clearly two big drivers for people. The interesting thing about Pixar, is that whilst they have a driving worry about having a film flop, they embrace failure throughout their culture at all levels. I’d argue that you can’t succeed without failing. We all fail to different degrees, and that’s a good thing. Whilst the education system has taught us that we have to pass and do things the “right” way, what we should be learning is that experimentation is key.

Embracing failure leads to learning, which helps you succeed. As we’re taught to seek success, embracing failure is the real challenge. Craving success can blinker us to our failures and mean that we miss the lessons we should be learning in order to do better. 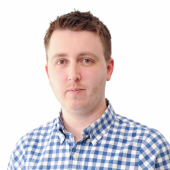 All stories by: Ben Harper